Reba McEntire: The Queen of Country

The most successful female singer during the ‘80s to ‘90s. She was part of several films and starred in her own television sitcom.

Reba McEntire,” The Queen of Country” was among the most successful in her career. She was known for the blend of traditional twangy style with a more mainstream pop sound that her voice offered.

Reba, adding to her plate, was able to successfully crossover from music to film. She acted on the movie “Tremors” and was featured on several made-for-television movies. The TV sitcom “Reba”, released in 2001 by the WB ran for six seasons. It garnered McEntire a Golden Globe nomination as best actress for her performance.

Reba orbited around the life of its main character Reba Neil Hart. Reba Neil Hart was a single mother that was trying to raise a teenage daughter. Brock, Reba’s ex-husband, was a dentist and would, later on, marry a younger Barbra Jean. The pilot episode would later show that Barbra Jean was pregnant from an affair with Brock.

Despite seeing Barbra as a nemesis, Barbra considered Reba as her best friend. Reba had three children, Cheyenne, Kyra, and Jake. Cheyenne, a high school senior, was later revealed pregnant. Van Montgomery a football player and a fellow high-school student was later married to Cheyenne.

Prior to the release of Reba, Reba McEntire was known as a country music singer. Her success as a singer came in 1974 where she sang the national anthem at the rodeo finals. Red Steagall a country music star was the one who discovered McEntire’s unique voice. The soon-to-be “Queen of Country” would, later on, spent hours in the recording studio.

With little to no success with her first few singles, fortunes changed for McEntire in 1980. Her single “You Lift Me Up (To Heaven)” cracked the Billboard Country Top 10 that marked a memorable career for McEntire.

Throughout the ‘80s, Mcentire remained consistent in terms of persona and the rowdy rodeo girl theme that she brought in photos and on stage. As time fly, her powerful vocal styles matured that brought change to her image as well. Reba McEntire went from the rough-edged and rural to becoming more polished and mainstream.

With the success that her ninth studio album, “Whoever’s in New England”, garnered McEntire a Grammy award. McEntire saw the impact that music videos bring to her career and to her songs as well. With that in mind, McEntire took full advantage to show narratives that were brought by her strong songwriting. Her drive for drama would not only draw sales but would also fuel her an unexpected acting career.

In 2001, Reba, Reba McEntire’s own sitcom, was released. She was the leading actress and at the same time the producer of the said show. It was aired on the WB Network a network that wasn’t a household name for sitcoms.

Over the span of 5 full seasons, the show was broadcasted worldwide in over 30 different countries. In its final episode, Reba garnered 8.2 million viewers. The show was successful in places like the Czech Republic, Canada, Mexico, Croatia, and the Caribbean. This would later build McEntire an enormous fan base and would lead her to win a Golden Globe nomination in 2004. 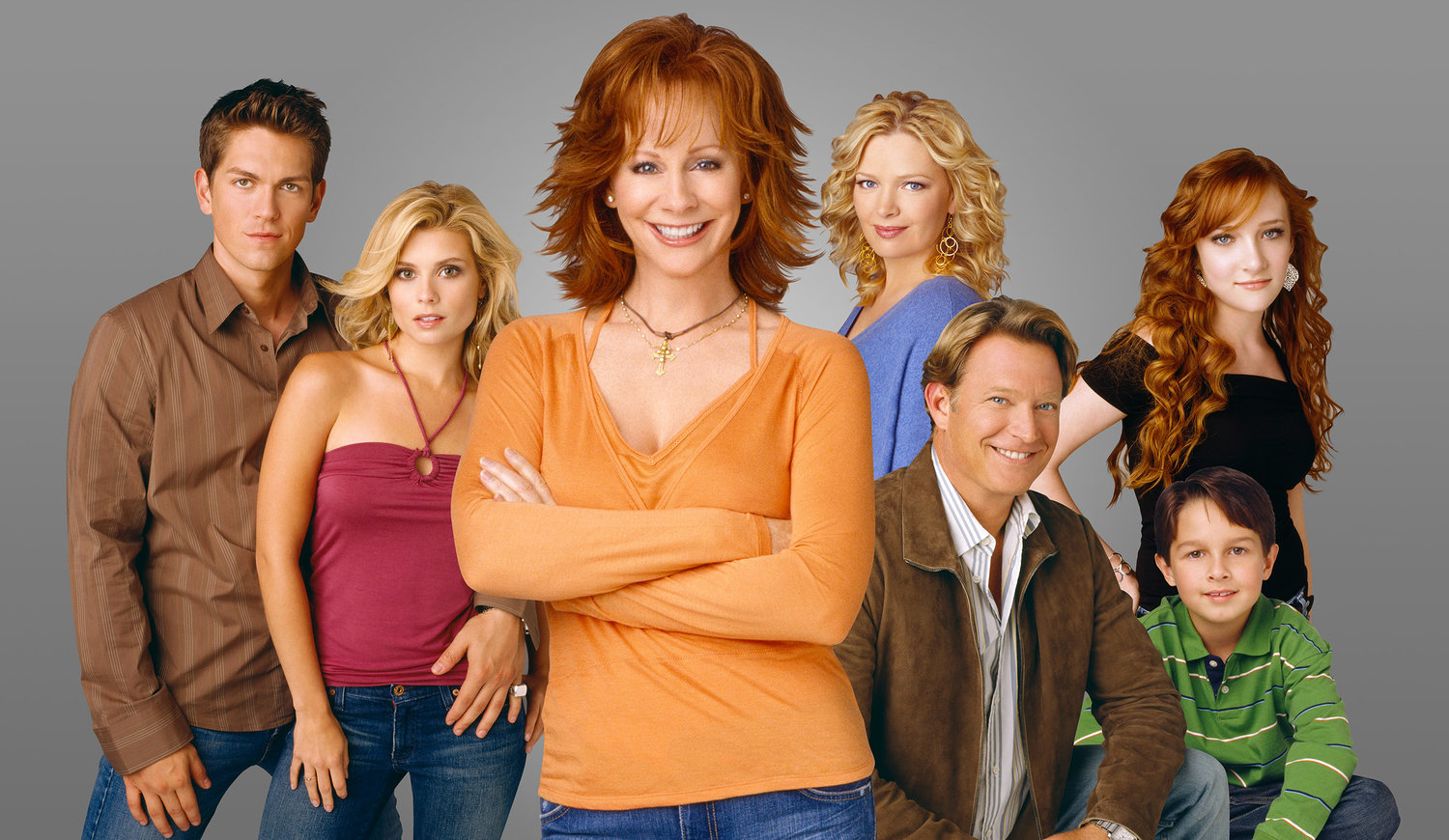 Reba Nell Mcentire was born and raised in McAlester, Oklahoma. It was her mother, Jacqueline McEntire that honed her musical talents. As a young girl, McEntire and her three siblings would travel to and from their father’s world championship rodeo performance. With long car rides, learning how to sing would be a way for them to pass the time.

Eventually, as Reba McEntire entered the ninth grade, she and her two younger siblings would form a group named “The Signing McEntire’s”. The McEntire siblings soon performed at rodeos. The group later separated, but Reba continued to perform as a solo act throughout her years in college.

In 1976, Reba McEntire married Charlie Battles. He was a rancher and a champion in steer wrestling. The couple owned a ranch in Oklahoma. Unfortunately, as McEntire’s musical career gained some steam her marriage with Battles collapsed. After the divorce, McEntire moved to Nashville, Tennessee, to refocus on music.

McEntire would soon marry her manager Narvel Blackstock in 1989. Blackstock had three children to a prior relationship. In 1990, McEntire bore a son, Shelby McEntire Blackstock, and welcomed him to their blended family. After 26 years of marriage, in 2015, the couple announced that they were separating.

Reba McEntire is known as the most successful female country artist during the ‘80s and ‘90s. It was during this time that Nashville was considered more of a boy’s town. Yet that didn’t stop Reba to be the only female artist to be able to compete with men. She produced no less than 22 No. 1 singles and five gold albums, six platinum albums, and eight multi-platinum albums that totaled to 33.5 million album sales.

Over the span of two decades, Reba McEntire was able to gather different awards. One of her prominent albums was the “What Am I Gonna Do About You” released in 1986. It was also in this year that she was named “Female Vocalist of the Year” and “Entertainer of the Year” by the Country Music Association. In addition, McEntire was named “Best Female Vocalist” by the CMA for four consecutive years from 1984 to 1987.

McEntire’s fame went on to grow from there. She started realizing hit after hit that grew more than the other. In 1990, McEntire released “Rumor Has It” an album that sold out 3 million copies and went to triple platinum by 1999.

Tragedy struck McEntire on Mach 16, 1991. A plane carrying 8 members of McEntire’s band crashed. All eight members died that left McEntire stunned and reeling. Out of her grief, she released a bleak but vastly popular album, “For My Broken Heart” dedicated to her deceased bandmates.

McEntire went on as “The Queen of Country” for the next two decades. In an interview, she was asked how she manages to transcend gender politics successfully. McEntire responded,

“As a woman, you don’t complain, you work twice as hard and you do your job. You try to outsmart them, you try to outwork them and get there first. You help out, you volunteer, you’re at the front of the line. That’s what I learned from working on the cattle range, and it helped me in the music business.”

Look Back on One of the Greatest Hits of Roy Acuff, the “Wabash Cannonball”

Clark McEntire, Reba McEntire’s Father to be Honored in the ‘Hall of Great Westerners’

Clark McEntire, Reba McEntire’s Father to be Honored in the ‘Hall of Great Westerners’

Country Songs About Cheating That Will Help You Through The Heartache

Country Songs About Cheating That Will Help You Through The Heartache

Did Taylor Sheridan Base Yellowstone on a Book?

Did Taylor Sheridan Base Yellowstone on a Book?

The Ultimate Collection: Most Popular Country Songs of All Time

The Ultimate Collection: Most Popular Country Songs of All Time

Why Taylor Sheridan’s Wife, Nicole Sheridan, is Every Cowboy’s Dream

Why Taylor Sheridan’s Wife, Nicole Sheridan, is Every Cowboy’s Dream