Country singer Louise Mandrell releases her first album in 30 years. It dropped on the 4th of October and performed at the Opry Country Classics show at the Ryman Auditorium on the 3rd of October.

Mandrell is the younger sister of country singer Barbara Mandrell, and the older sister of actress Irene Mandrell. She has had a very successful country career since the late ’70s.

The 15 songs Louise and legendary producer Buddy Cannon chose for Playing Favorites include not only songs that were instrumental and influential in her own life and career, but songs that are backed by stories growing up around Johnny Cash, Conway Twitty, George Jones, and a host of others. 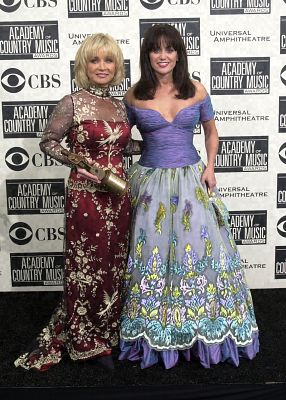 She’s breathing a new spirit into songs that have served as the soundtrack for so many lives and remain the foundation of the country genre.

She expressed her elation in an official statement.

“It seems crazy to be as busy as we’ve been year after year with so many music-related projects but not focusing on putting out an album. I’m really glad we waited to put out just the right music at the right time with the right team at this perfect point in my life and career. I hope the fans love it as much as we enjoyed recording it.”

Mandrell will also grace the cover of Woman’s World magazine’s October 24, 2019 issue. The compelling story delves into the 30-year span between albums, touring, stage acting, and more. The issue will hit newsstands around October 17.

Blast From The Past: Creedence Clearwater Revival’s “Have You Ever Seen The Rain?”