Thomas Rhett’s “Craving You” is about Addiction to Love

Thomas Rhett is a well-known country artist who sang one of the best love songs in the 2000s entitled “Craving You.”

Thomas Rhett Akins Jr. professionally known as Thomas Rhett is an influential singer and songwriter in the country music industry. He has written songs for popular artist such as Jason Aldean, Lee Brice, Florida Georgina Line, LoCash, and Michael Ray.

In addition, Thomas has influenced people with his hit singles and albums released. In fact, he released four studio albums for Big Machine Records’ Valory Music imprint. These albums produced 19 singles which entered multiple country charts and 13 of those reached the number 1 spot. Today, let us talk about one of his hit singles “Craving You.”

It is a country love song penned by Dave Barnes and Julian Bunetta. This track was recorded by Thomas Rhett featuring Maren Morris.

“Craving You” was released in April 2017 as a single from his album Life Changes. 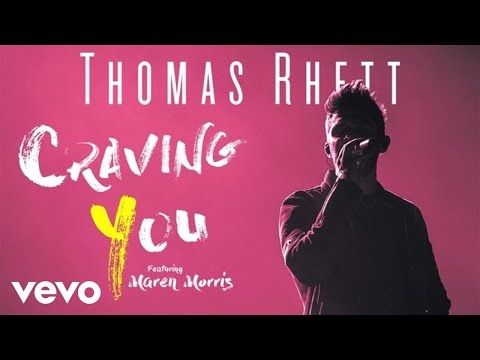 Rhett was originally scheduled to co-write the song with David and Julian, however, he didn’t make it because he was sick on the day of the writing session. The following day, Julian sent the demo to Rhett and he loved it right away.

“I remember putting it in my truck for the first time, it was like, ‘Dang, this is really, really good,'” Rhett said, adding that he loved the ’80s uptempo vibe. “So I put it on hold for forever, and it was one of the ones that kind of stood the test of time. So we didn’t cut the record until probably six or seven months later, and I just remember that one really coming to life in the studio.”

“Craving You” features the vocals of Maren Morris, who recorded her part in just an hour. Rhett shared upon working with Morris:

“It was so nice to be able to work with – you know, there’s a lot of females that are killing it right now, and Maren is definitely one of those girls whose voice is just undeniably powerful and soulful, and on top of that, [she’s] just a really, really sweet person to work with,” he said. “I think she just adds so much life and so much intensity to this song.”

“Craving you” is about a guy and a girl who really wants to be with each other the moment they part ed ways and are basically just obsessed with each other. Now, may I ask you, have you been addicted to love?