A Throwback Hit: Keith Whitley’s Classic “I’m Over You”

Keith Whitley’s song “I’m Over You” was one of the remarkable singles he made during his musical career.

“I’m Over You” is a perfect song for the people who wants to get over someone. The most difficult part after a breakup is how you are going to put the broken pieces back together again. Accepting the fact that the person whom you want to fulfill your dreams with is already gone. There will be a moment when you will remember all the good and bad memories you have together and in that moment the world will make you realize how stupid you are for letting that person go.

Crying defines what we feel inside and sometimes it helps lighten our hearts. They say if you have been in a breakup, don’t push yourself to forget the person easily. Rather, endure the pain you feel because that won’t last forever. After enduring the hardship, you will soon realize that the breakup that happened made you a better person.

The pain you felt is a testament to how brave and strong you have been. However, the best part of getting over with your past is the moment you see them again. If you don’t feel angry or sad, it means that you have already found the peace that you wanted. You would realize that you don’t need him/her in your life. In line with this is Keith Whitley‘s song “I’m Over You.”

Keith Whitley’s Song “I’m Over You” 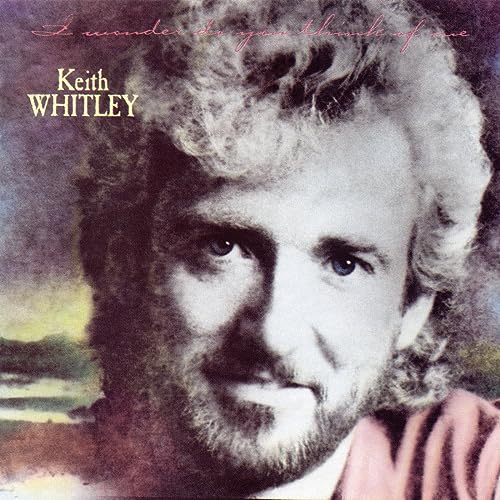 “I’m Over You” comes from the idea of a man who wants to tell his ex-lover that he is not into her anymore. No matter how miserable his life has became, it does not mean that he is still in love with her. He reminded his ex-lover that whatever she hears from others is not true. I believe that there are a lot of people who drinks a lot and that doesn’t mean they are going through something. Sometimes, alcohol is a thing for entertainment. We usually drink on special occasions like birthdays, weddings, or graduations.

Listen to Keith Whitley’s “I’m Over You” here:

Dolly Parton Snags the Christian Chart Crown with ‘There was Jesus’