Honoring the Memory of 9/11 with Hank Williams Jr.’s “America Will Survive”

September 11 arguably changed the very fabric of America in just a snap of a finger. We lost countless heroic lives and to this day, every American remembers exactly where they were standing that day, and the overwhelming emotions they felt that day.

On the morning of September 11, 2001, terrorists hijacked four commercial airplanes, making two crash into both the World Trade Center towers.

The impact of this terrorist attack is still a sore, painful memory in our hearts.

“‘9/11’ is shorthand for four coordinated terrorist attacks carried out by al-Qaeda, an Islamist extremist group, that occurred on the morning of September 11, 2001. The attacks killed 2,977 people.”

Americans banned together and became stronger and more united as terrorists tried to attack and take away our freedom. As a result, many artists from all genres came together to unite people through music. Country music, especially.

Hank Williams Jr. was inspired by the resiliency and bravery of the American people. He re-wrote his “Country Boy Can Survive” to “America Will Survive” – an apt proclamation, and a sustained promise. 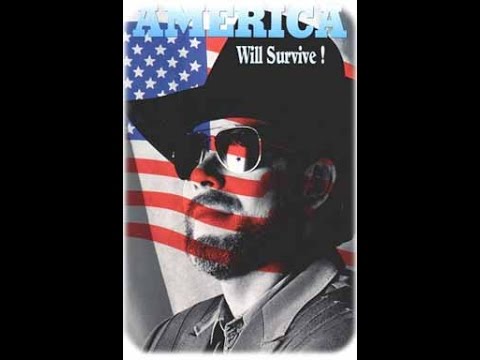 The original song reflects the changes to the American lifestyle and society that corresponded with rural concerns of the negative impact of increasing urbanization, and exalts the self-reliance of ‘country boys’. However, how it was re-written for 9/11 made it all the more special.

Although “Country Boy Can Survive” can be considered as one of Williams’ signature songs, “America Will Survive” proves to be more heartfelt and more meaningful, especially to the memory of September 11.

The song peaked at number 45 on the Billboard country charts after its very patriotic re-write.

This powerful live performance was inspired by the events of 9/11 and shows an extremely patriotic audience. People in the crowd were waving American flags and when Hank Jr. sang the new lyrics, “America can survive, America WILL survive,” the crowd erupted in cheer.

Watch the patriotic performance below!