Loretta Lynn is one of the female country artists who really paved the way for contemporary female musicians to showcase their talent. Loretta, alongside Reba and Dolly, showed that women in country music are very much needed and their voice must be heard. Her song “You’re Lookin’ At Country” is one of her earlier hits because of the way that it was performed and written by Loretta herself.

Loretta Lynn wrote “You’re Lookin’ At Country” in response to seeing and appreciating the open country while on tour. Lynn said in an interview that she was inspired by what she saw while passing by the country and so, she wrote this song. The song was different from anything that the country musician had been releasing at that time, besides “Coal Miner’s Daughter.” This was because the song did not speak of the common subjects Lynn often used in her songs, and she made a more positive and appreciative song. 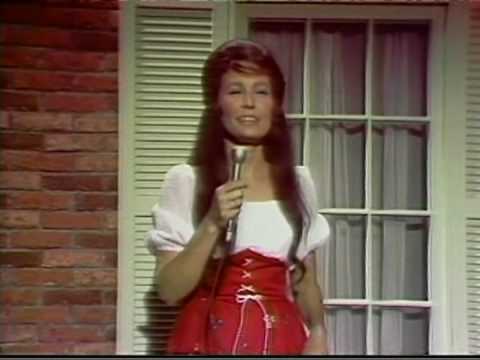 “You’re Lookin’ At Country” is about Lynn describing how “country” she is by saying she loves running through cornfields and singing a country hymn. She later goes on to say, if you’re lookin’ at me, you’re lookin’ at country, which is the ultimate summary of the song. The song grew quite a response from listeners and even declared it to be one of her few signature songs.