The 53rd CMA Awards broadcast, set to air in 37 countries on Nov. 13, will address country music’s gender divide head-on. Hosts Dolly Parton, Reba McEntire, and Carrie Underwood are the beacons for the plight of women in country music.

Women’s Voices Amped Up by Reba, Carrie, and Dolly at the 53rd CMA Awards

Solidarity and unity have overcome the women of Music City, where everyone is doing their part of standing up to be heard. Underwood and Lambert rounded out their tour lineups with all-female acts.

Other leading women artists have called out the lack of female inclusivity on country radio, as well as its trickle-down effect in the streaming age. In September, Martina McBride criticized Spotify’s country algorithm after she was unable to easily find suggestions for female country artists to add to a playlist. 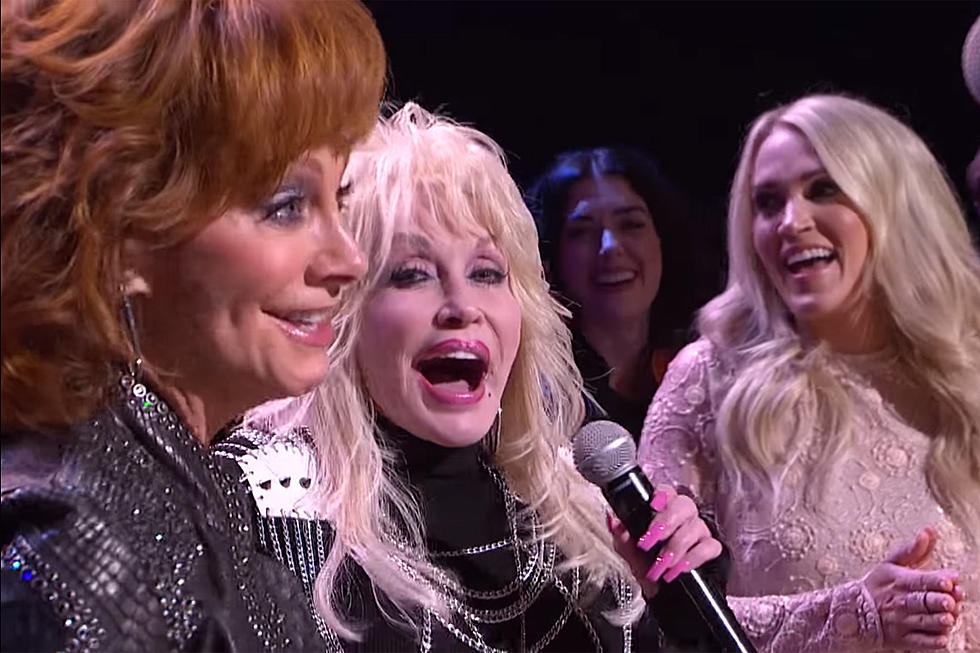 The change was welcomed, as it was the time to do so, says longtime executive producer Robert Deaton.

“We have one chance in history to be able to bring these three iconic women together. This is a moment that’s not going to come back.[After] 11 years of nine-minute-long monologues, we were starting to feel [like], ‘Hey, this is getting harder and harder, and we want to go out on top.’ ”

The announcement of Brad Paisley no longer joining Underwood on stage was met with mixed responses from the fans.

While some are over the moon over the decision, others are slightly disappointed, expressing that they’re gonna miss the iconic duo.

Fans took to social media to express their frustration about the new set-up. Country Living extrapolated some of the responses.

“Great to celebrate women! But why fix something that’s not broken. Carrie and Brad are good together.”

“Hope this is a one time change up, love the ladies but Brad brings it! Plus the dynamic between him and Carrie is unstoppable the ONLY awards show I watch.”

“That’s so disappointing! Carrie and Brad are such a great pair!”

“Guys, I’m so so sad about the CMAs. It’s cool that she’s still there but it’s a Carrie and Brad thing and always has been. I’m super sad honestly.”

But despite some of the outcries, there are some very positive responses about the announcement as well!

Me being mad at CMAs for not giving Carrie EOTY in 2016 vs when they made Carrie, Reba and Dolly hosts in 2019 #CMAs pic.twitter.com/HIruvWAESO

Let’s go girls! I’m so excited to be joining @carrieunderwood and @reba to celebrate the legendary women of country music as a guest host of this year’s #CMAawards on November 13 💖 pic.twitter.com/XzR3Ah65vT

The Best Songs of the Famed Fiddler and Country Star, Charlie Daniels

Classic
Brooks & Dunn’s ‘Brand New Man’ Still Sounds A Cut Above After 29 Years
Classic
“Just Like Them Horses” Reminds Reba McEntire of Her Dad
Contemporary
“One Margarita” is Luke Bryan’s 25th No. 1 Hit
Contemporary
Mickey Guyton’s “What Are You Gonna Tell Her” is A Call to Action
Country Gospel
WATCH: Impromptu A capella Singing by Lee Greenwood and the Army Chorus of “God Bless the USA”
Country Gospel
Heartwarming Narration of “The Third Man” by Loretta Lynn