“There Goes My Everything” was the first “Song of the Year” at the very first Country Music Association Awards presentation.

It was written by Dallas Frazier and published in 1965. It was the first song that he wrote when he arrived in Music City. It was inspired by Ferlin Husky who had just gone through a divorce.

“There Goes My Everything,” tells a story about a couple splitting up. It describes the singer’s realization of how much his lover means to him now that they are facing a breakup.

Dallas Frazier is one of the most successful and enduring singer-songwriters in Country music history. At the age of 12, he was already skilled in several musical instruments and became a featured member of Ferlin Husky’s band when he was a teenager.

With the encouragement of Husky, he moved to Nashville to work as a songwriter. He penned three huge hits namely ” There Goes My Everything,” “Ain’t Had No Lovin,” and “I’m a People.”

His songs continued to hit the charts well into the ’80s. “Elvira” was a smash for the Oak Ridge Boys, while Emmylou Harris topped the charts with “Beneath Still Waters.”

In 1988, however, Frazier retired from songwriting to pursue a career in the ministry. He became a Pastor at Grace Community Fellowship from 1999 to 2006.

Dallas Frazier returned to his recording career in 2006. In 2011, he released the album Writing & Singing Again.

“There Goes My Everything” Covers 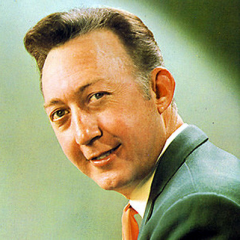 In 1966, Jack Greene covered the song where it stayed seven weeks at the top of the US Country Music Chart. It reached no. 65 on the Billboard Hot 100.

In 1967, Engelbert Humperdinck hit no. 20 on the Billboard Hot 100 with the song. It also hit no.2 in the UK Singles Chart and Ireland.

Elvis Presley recorded his version on June 8, 1970, in Nashville, Tennessee. It reached no. 9 on the country charts the following year. His version also entered the pop charts and peaked at no. 21 on Billboard Hot 100 and stayed there for 9 weeks.