This Lee Ann Womack track was under her 1988 Album Some Things I Know. It was the second studio album from the singer and it was well-received by critics. It was said that the album packs a lot of different emotions from the songs and it gives you an insight into what can be expected from the singer.

The track was penned by Billy Montana. It was one of the favorite songs that he has written because of the story behind it. In an interview, he shared how he came up with the title of the song:

“This is a really special song. We joke about how at our church we have a pastor that said, ‘Well, you know the saying,’ he says, ‘you want to live your life so when you die the preacher won’t have to lie at your funeral.’ And I wrote down on the bulletin, Song: The Preacher Won’t Have To Lie.”

This was also Lee Ann Womack‘s favorite songs out of all the music that she recorded. In a 9/11 tribute, the country artists who were asked to sing had to choose two songs to perform. Lee Ann chose “I Hope You Dance” and “Preacher Won’t Have To Lie”on the said event. 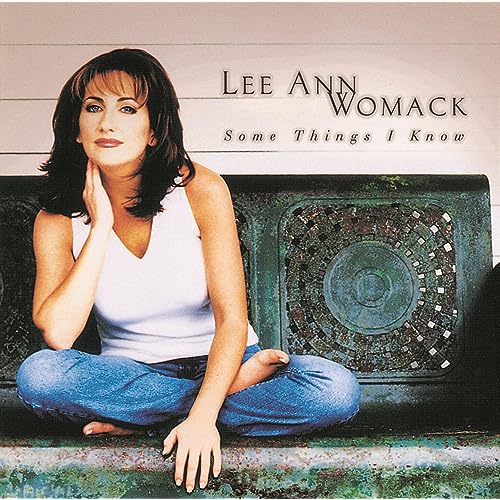 The song is meant to make us realize that we should enjoy every moment in life. We should do the things that we love because this will be the things that will matter once we are nearing our death bed. Preachers (especially during funerals) tend to give a positive remark about a person who is about to be buried and they are put in a precarious situation when the person did not really have a good life.

Being a good person, it is expected of us to treat someone who passed away with honor and respect. For that to be possible, our actions, while we are still alive, should be about that. The song really gives us an important insight and we should apply it in our life.

WATCH: Alabama’s Nostalgic Performance of “Angels Among Us”

How Well Do You Know Outlaw Swag and Country Singer, Toby Keith?

What to Expect in Blake Shelton’s Drive-In Concert

Classic
Brooks & Dunn’s ‘Brand New Man’ Still Sounds A Cut Above After 29 Years
Classic
“Just Like Them Horses” Reminds Reba McEntire of Her Dad
Contemporary
What to Expect in Blake Shelton’s Drive-In Concert
Contemporary
Keith Urban and Nicole Kidman Singing is the Cutest in Social Media Land!
Country Gospel
WATCH: Impromptu A capella Singing by Lee Greenwood and the Army Chorus of “God Bless the USA”
Country Gospel
Heartwarming Narration of “The Third Man” by Loretta Lynn
Like our Facebook Page
Privacy Policy

These Artists Are Saving Country Music and Keeping The Twang Alive

Dolly Parton Stop Meetings So Men Could Stare At Her Boobs. Here’s Why!