The 2020 Stagecoach Festival is getting heated up as the hottest stars in country music headline the three California night event! The festival will surely be filled with both traditional and contemporary country music, plus a few pop and rock acts to throw in for variation and added flavor.

Carrie Underwood, Thomas Rhett, and Eric Church are set to headline the April 24-26 lineup at the Empire Polo Club in Indio, California.

The just-released lineup includes 51 amazingly talented artists that would entertain throughout the weekend, including some more adventurous acts like Lil Nas X, as well as several classic country legends like Alan Jackson, Billy Ray Cyrus, Tanya Tucker, and Shenandoah.

This is the 14th time Stagecoach has been held at Empire Polo Club. In 2019, a lineup led by Luke Bryan, Jason Aldean, and Sam Hunt broke attendance records.

Tickets for 2020 Stagecoach tickets go on sale on Oct. 18 at 11 AM PT through the festival’s website. Three-day passes start at $319 for general admission, a price reduction from 2019. 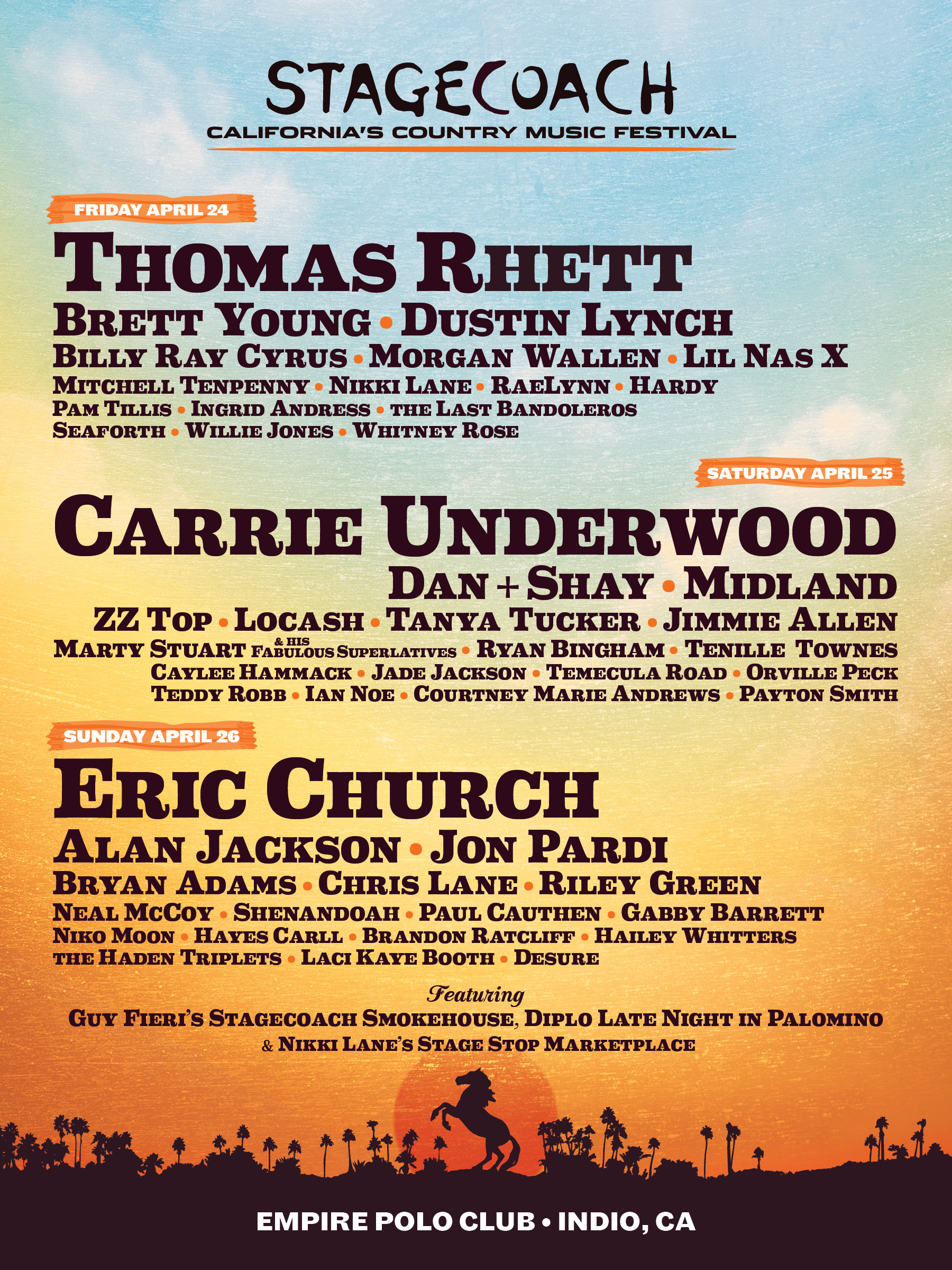