Country music singer-songwriter Richard Lynch has been awarded many accolades for his music over the years.

Richard Lynch is a Winner

The Ohio Country Music Hall of Famer and founder of the Love Tattoo Foundation was honored for his support of veterans, farmers, and barn preservation. 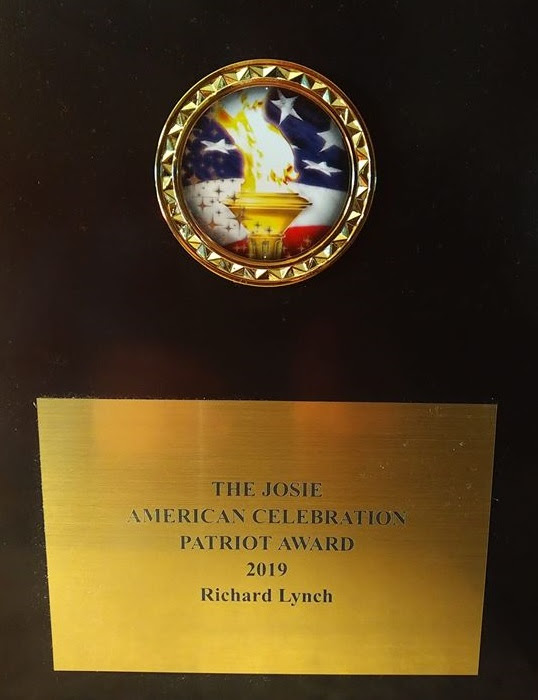 Now, Richard Lynch has been honored for his actions off the stage, as the recipient of a Josie American Celebration Patriot Award.

Lynch, who is a founder of the Love Tattoo Foundation, was acknowledged for his above and beyond support of veterans, American farmers, and barn preservation. He was chosen from a field of 28 nominee submissions from fans around the world. The Patriot Award was given in a ceremony held on October 26th in Lebanon, TN.

“I am very proud to be considered a Patriot for using my traditional country music to benefit our true patriotic heroes…our veterans!”

Richard Lynch is a Waynesville, Ohio-based country music artist, who has compiled a long list of country hits and chart-toppers in the world of traditional country music. His single, “A Better Place” topped the New Music Weekly AM/FM country chart, the IndieWorld Country Record Report, and spent an incredible 32 weeks atop the Roots Music Report True Country chart.

His current single, a duet with Leona Williams, is #1 on the Roots Music Report charts for 7 weeks running.

Check out the song here: