“This Train:” The Special Reverence of Sister Rosetta Tharpe

“This Train (Is Bound for Glory)” has always been a song that I fell in love with ever since I started this job. Ever since I stumbled upon it, it has always stuck at the back of my head and honestly discovering it opened me to a brand new world of music and its ever rich history.

But first, I have a confession to make.

My very first gospel wasn’t supposed to be Johnny Cash. In fact, I hated his version of this song. I’ve never listened to it more than I need to, which could be counted on one hand.

He changed the arrangement in a way that it lost its soul, its connection to the divine. It became a joke of a jingle but at that time, I was bound to find someone Country who have sung the song I just fell in love with. I despised the idea that I couldn’t honor the original artist and had to do a cop-out.

Because let’s face it, a queer black woman won’t pull engagement, no matter how brilliant she is. Not with our readership anyway.

Therefore, I’m doing this song justice, with the one and only godmother of rock and roll who placed “This Train (Is Bound for Glory)” in everyone’s radar, as it should have been in the first place.

There’s honestly something special about black spirituals that instantly makes you feel the reverence in every chord, every lyric. Regardless of the arrangement, the connection to God, whatever God you believe in, is still felt.

I’m not religious, in any way shape or form but even I feel some type of connection, some type of reverence whenever a black spiritual suddenly visits my recommendation on YouTube, and Sister Rosetta Tharpe is no exception to this. Yes, the godmother of Rock and Roll pulled me in using a gospel song. 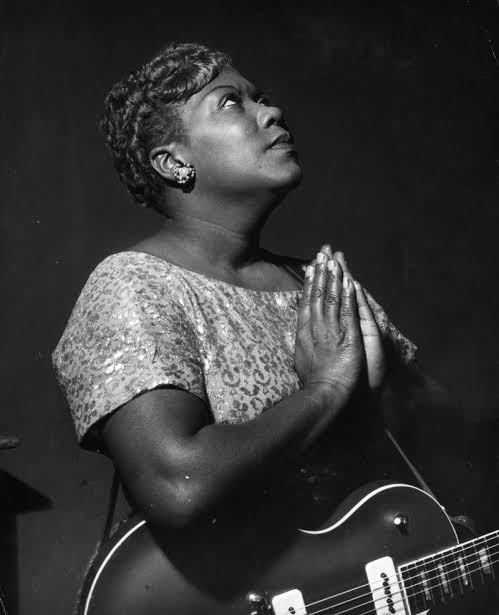 It’s funny really, now that I think about it. The origins of rock and roll are arguably molded and bred in the in-betweens of the sanctity of the holy church and the dark crevices of night clubs. People who sang at church in the morning were the same ones who sang at dingy bars when the veil of the night comes.

This is how music overlaps. It originates in places where humans take refuge and melodies are their solace. Sister Rosetta Tharpe’s repertoire is no different. You see, even though she has been rocking and rolling long before Elvis Presley or Johnny Cash, she has always devoted herself and her performances to the Lord.

“This Train (is Bound for Glory)” is filled with Tharpe’s signature flair and rock and roll’s signature licks and flavors. But the power and conviction in Tharpe whenever she coaxes the audience to ‘ride the train’ almost makes you want to believe that it certainly is bound for glory and Tharpe’s grace will surely deliver us to glory.

This song has more meaning to me, now that I’m at the tail-end of this chapter of my life. The lively nature of the spiritual has me thinking positively, hoping that I could be one of the passengers.