Country icon Shania Twain closed the 2019 American Music Awards in Los Angeles on Sunday night (Nov. 24), taking the stage at the Microsoft Theater in Los Angeles to perform a medley of her greatest hits that reminded everyone in the audience and at home why fans have so much nostalgia for ’90s country.

Twain opened her performance sitting beneath a single spotlight with just a microphone and a glittering pink guitar on a darkened stage. She began with a stripped-down medley of her popular hits, including Twenty One Pilots’ “Stressed Out,” Taylor Swift’s “Shake It Off” and Drake’s “God’s Plan.”

via The Hollywood Reporter

It was then that the award-winning artist shifted into her more traditional country vibe, and delivered a slowed-down rendition of her 1997 hit “You’re Still the One.”

That led into a transition that found Twain on stage with a troupe of dancers, performing a high-energy medley of her hits that ran through “Any Man of Mine,” “That Don’t Impress Me Much,” and “Man! I Feel Like a Woman,” which provided a crowd-pleasing close to the 2019 AMAs that the audience was way into.

Twain was part of an all-star roster of performers from across all genres, including Selena Gomez, Billie Eilish, Camilla Cabello, Dua Lipa, and Lizzo. Taylor Swift performed a career-spanning medley of her hits and received the Artist of the Decade Award. 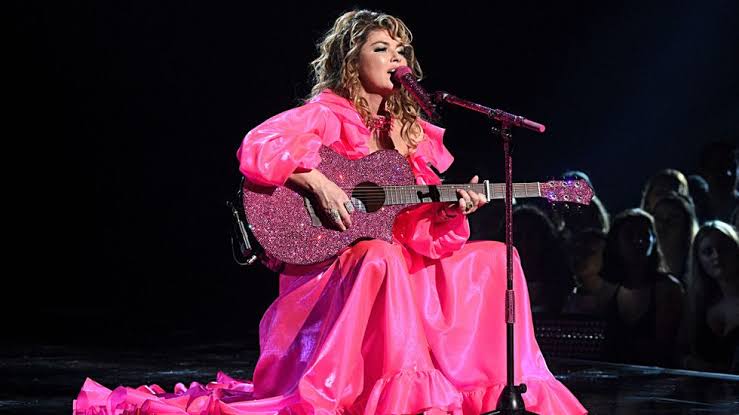 Other performers included Thomas Rhett, who teamed with Wells Fargo to raise awareness for their Holiday Food Bank, with donations going toward Feeding America.

Check out her AMA performance here!