Willie Nelson’s “Always On My Mind”: Concealing Love Is A Regret

Greatest Entertainers They Are: The Statler Brothers

“…Drinkin’ From a Dixie…” Tom Petty and the Heartbreakers: Runnin’ Down A Dream 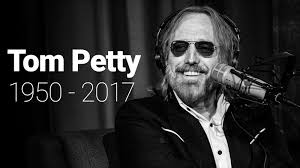 “To DREAM is the only thing that is FREE in THIS WORLD.”

They say, “To DREAM is the only thing that is FREE in THIS WORLD.”

Dreaming, after all, them years simply shows that we are alive an’ (still) kickin’—even after the Rough an’ Tuff.

Once we stop, then it’s THE END for us all.

CHASING THE DREAM ain’t bad at all—even when things aren’t always going as well as we had planned and hoped for, just keep on goin’-an’-going-energizer-bunny-goin’!

Just like this great song by (another late but very great) Tom Petty, “Runnin’ Down A Dream.” It speaks of—not just goin’ after the dream but—actually runnin’ it down!

Speaking in a philosophical way, Tom tells us his story—which OUR STORY—of the good, not-so-good to the harsh. AS IT IS. Quite appropo- is the rhythm and the dirt and the grit of the guitars on this beautiful cut from his 1989 album, Full Moon Fever. Just like goin’ full throttle on the highway getting’ ready to run somebody down.

“Workin’ on a mystery, goin’ wherever it leads…”

Yep, never ever get tired of chasing THAT DREAM no matter how tedious the Travel… No matter how arduous the Journey because as it says in Jeremiah 29: 11

“For I know the plans I have for you, declares the Lord, plans for welfare and not for evil, to give you a future and a hope.”

Here’s a Li’l Something for y’all…

You have just been “..Drinkin’ From A Dixie…”

May y’all be Safe and Well and…

“MAY THE LORD GOD ALMIGHTY BLESS US ALL AND SET US FREE!”

How Well Do You Know Faron Young?

Carnes, Roger’s Duet: “Don’t Fall in Love With a Dreamer”?

Red Foley: Nashville’s 1st Country Star Who Popularized the Music that Made Our Nation Great

Classic
Red Foley: Nashville’s 1st Country Star Who Popularized the Music that Made Our Nation Great
Classic
This 1975 “Sweet Dreams” of Emmylou Harris Will Surely Put You in A Trance
Contemporary
10 Guilty Pleasure Country Songs to Indulge In
Contemporary
John Moreland’s “East October” Has a Strong Nostalgia Vibes
Country Gospel
Rhonda Vincent Reminds Us the Power of Following God
Country Gospel
“This Train:” The Special Reverence of Sister Rosetta Tharpe

No Life in Jeopardy in C.W. McCall’s Convoy! America’s Ride Craze of the ’70s!