Oldies But Goodies: The Story Behind Wyoming’s Master Bowyer 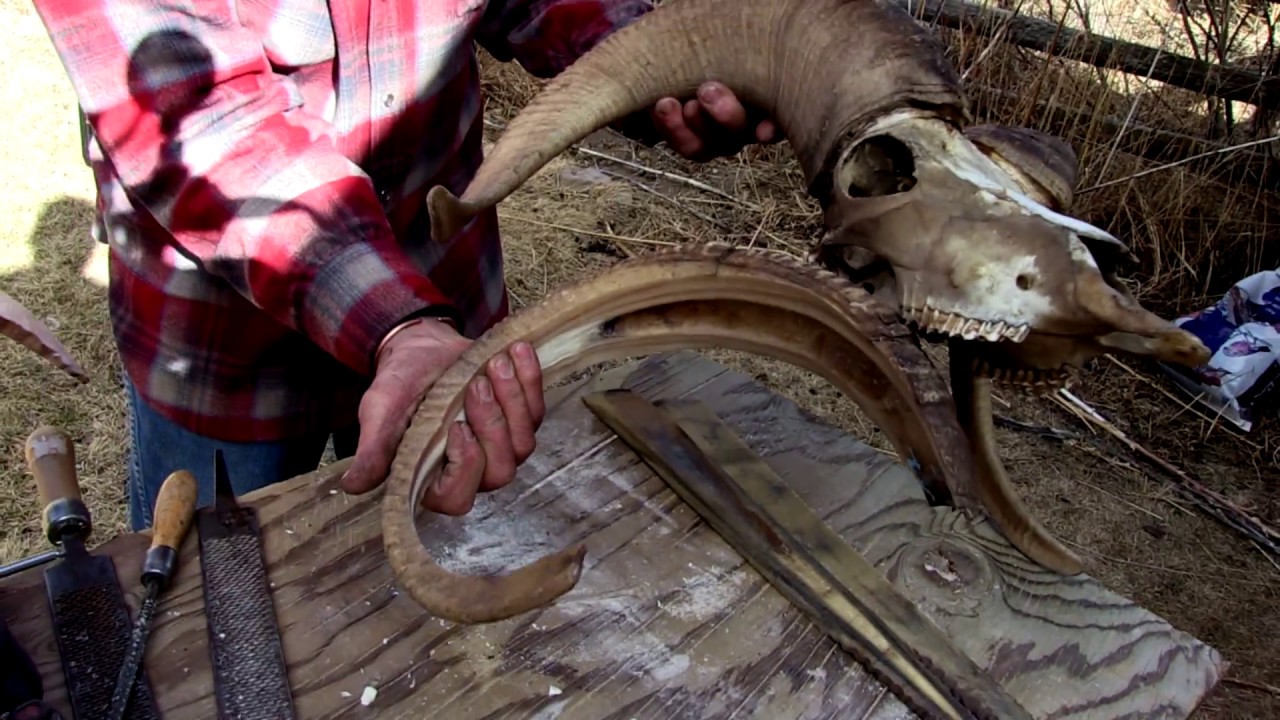 Everybody has a story and this story made my day. I stumbled upon this interesting story of a man who is making handmade horn bows during lunch. The title alone caught my attention and I was amazed because nowadays, everything seems to be made by machines and made in an instant. However, this man showed passion on what he does, patience on his craft and the importance of quality.

Tom Lucas of Dubois, also known as “Tomahawk Tom” in the mountain area has mastered the recreating traditional Native American bows. For 40 years he’s been making bows out of horns of mountain sheep. For his work, he received the 2014 Wyoming Governor’s Art Award.

Inspired by his childhood memories of Charlie Russell, Tom Lucas always had a deep desire to create art of the Western culture.  His lifestyle as a cowboy, mountain man, hunter, trapper and outdoorsman serves as the ultimate foundation for his art. Tom’s passion for being creative was always waiting to be fulfilled by the next canvas. His life experience lent validity to his artwork, as he paints with emotion while capturing a culture or lifestyle.

Tom has a natural ability and an intimate understanding of his subject matter, which allows him to paint and express his creative nature, whether it be a western or a wildlife subject.  In recent years, he has enjoyed the opportunity of attending several oil workshops, allowing him to further develop his painting skills.

Having mastered his technique and style he continues to maintain a library full of research materials and art books by his favorite artists; Charles Russell, Carl Rungius, Bob Kuhn, Ken Carlson, Nicolas Fechin, Harley Brown and David Leffel, which inspires him daily.

Tom Lucas’s interest and passion of ancestral tool making has led him to be documented on PBS in such films as Sheep-Eaters: Life in the Mountains and Archers of the Yellowstone. Known as Tomahawk Tom in the Mountain Man arena, Tom has mastered replicating Indian artifacts (Big-horn sheep bows, War-bonnets, beaded clothing and shoes, horn scoops, knives, arrowheads, etc) many of which are subjects in his paintings and are on exhibit in museums in Wyoming.

You can sense the history and truth, by the way, tells his story. He can be considered as a master bow maker and he inspires other bow makers. You can actually see a lot of things in this interview. It shows culture by how the natives create their hunting tool and how long it would take for them to do it. Tom Lucas is a true artisan and a treasure. Now, I want to learn how to make sheep horn bows too.

The only thing I don’t like in this video was, it was too short. I could listen to this man for hours and enjoy his stories. History is derived from His-story.

Here’s his video for you to enjoy.

How to Create a Country Music Playlist for Studying and Concentration