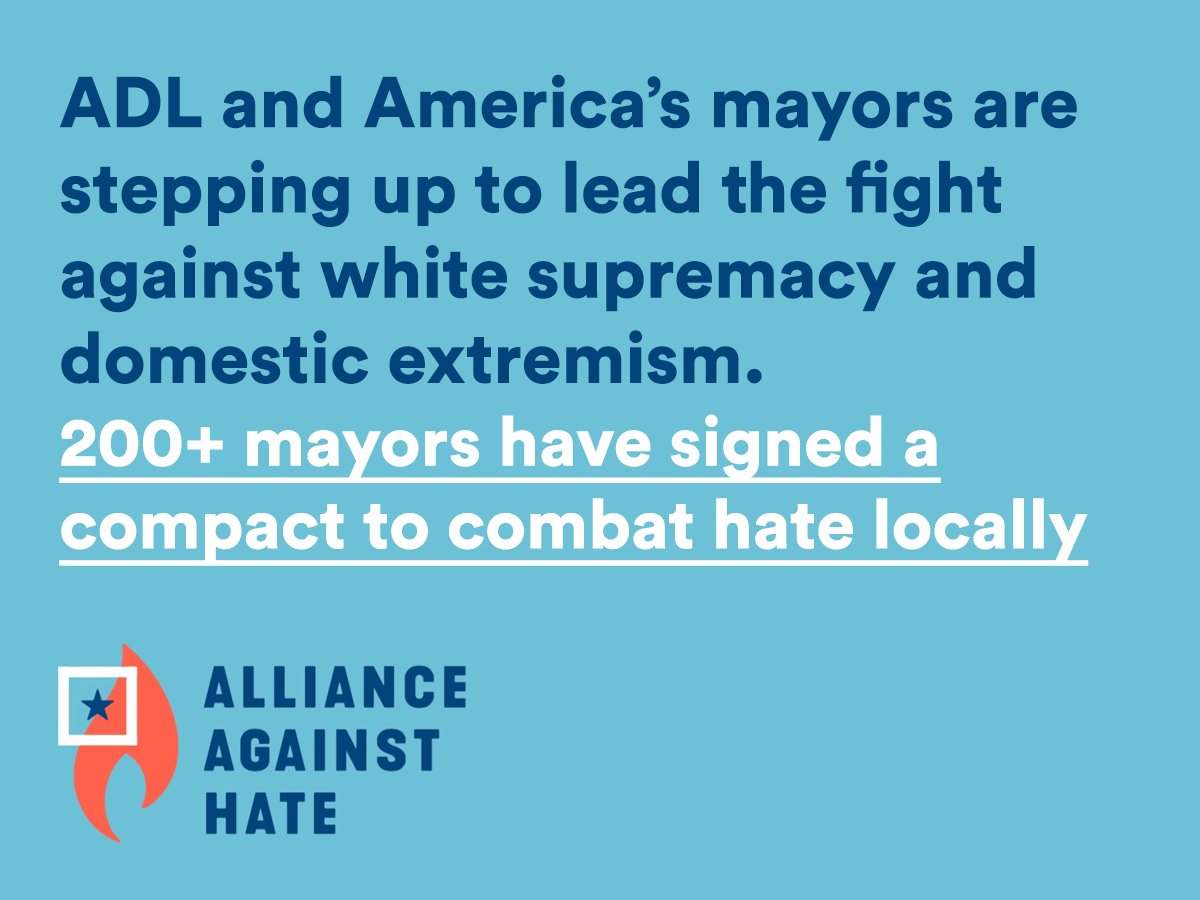 “Hate, extremism, and bigotry” Nashville Mayor Megan Barry is one of the mayors in the country pledging to combat the prevailing social injustice that is promoted by President Donald Trump. The pledge is part of a plan framed by the United States Conference of Mayors (USCM) and The Anti-Defamation League (ADL).

Under the 10-point agreement, each of the signatories pledge to “vigorously speak out against all acts of hate; punish bias-motivated violence to the fullest extent of the law; encourage more anti-bias and anti-hate education in schools and police forces, using ADL experts and resources for both; encourage community activities that celebrate their population’s cultural and ethnic diversity; and ensure civil rights laws are aggressively enforced and hate crimes laws are as strong as possible.”

The violence that resulted from one woman’s death in Charlottesville, Virginia was the match-stick needed to light up the candle. Thus, the creation of the merger between USCM and ADL.

The Declaration of Independence that was framed by our forefathers states that all men are created equal. All men have basic human rights given to them by God. The only reason to have a government is to protect the basic human rights. Life, liberty, and the pursuit of happiness should be preserved.
The prevailing social injustices negate the concepts that governed the country for 240 years. That is why there are people who stood up and made the initiative to combat these ideas that damage a person’s right to life, liberty, and the pursuit of happiness.

The Anti-Defamation League and The United States Conference of Mayors is launching a new initiative to fight extremism and bigotry as well as to promote the fundamental principles of justice and equality that define America.

This new initiative has 10 key components:

2. DENOUNCING ALL ACTS OF HATE WHEREVER THEY OCCUR
Mayors will publicly denounce specific acts of hate and support efforts to punish bias-motivated violence to the fullest extent of the law, and provide comfort and assistance to victims of hate crimes and discrimination.

4. CALLING FOR FULLY-RESOURCED LAW ENFORCEMENT AND CIVIL RIGHTS INVESTIGATIONS OF DOMESTIC TERRORISM AND HATE CRIMES
Mayors will work to ensure that local police departments have the financial resources necessary to prevent, respond to and investigate domestic terrorism and hate crimes, and work with federal authorities when appropriate to ensure that the interests of justice are served.

5. ELEVATING AND PRIORITIZING ANTI-BIAS AND ANTI-HATE PROGRAMS IN OUR NATION’S SCHOOLS
Mayors will encourage schools to implement anti-bias and anti-hate content in their curricula and/or through extra-curricular activities. ADL and other groups have materials and training programs that can help make this happen.

6. SUPPORTING TARGETED COMMUNITIES AND BRINGING TOGETHER CIVIC AND COMMUNITY LEADERS TO BUILD TRUST
Mayors will reach out proactively to civil rights leaders, clergy, and other community leaders to ensure that they are engaged and actively involved in efforts to build trust across neighborhood and community lines and minimize intergroup tensions.

7. CELEBRATING DIVERSITY, PROMOTING INCLUSIVITY AND CHALLENGING BIAS
Mayors will support the integration of immigrants and other new residents into the community, encourage community activities which celebrate diversity and educate city residents about the different cultures that compose a city’s population and work with creative partners to use various electronic and print media outlets to promote public messages celebrating inclusivity and challenging bias.

8. PROMOTING LAW ENFORCEMENT TRAINING ON RESPONDING TO AND REPORTING HATE INCIDENTS, HATE CRIMES, AND DOMESTIC TERRORISM
Mayors will encourage their police departments to participate in training programs offered by ADL and others that address how to identify and respond to hate incidents, hate crimes, and domestic terrorism. Members will also encourage the collection of data on such crimes and the provision of the data to appropriate state authorities and the FBI in compliance with the Federal Hate Crime Statistics Act.

9. ENCOURAGING RESIDENTS IN THEIR COMMUNITIES TO REPORT HATE INCIDENTS AND CRIMES, INCLUDING USING HOTLINES AND ONLINE TOOLS
Mayors will encourage residents – both victims and witnesses – to report hate incidents and hate crimes to local authorities, and provide the tools necessary to facilitate such reporting, including hotlines and online tools, as possible and appropriate.

10. MAINTAINING CIVIL RIGHTS ENFORCEMENT AND STRENGTHENING HATE CRIME LAWS WHEN NECESSARY
Mayors will work with executive and legislative partners at the federal and state levels to assure that civil rights laws are aggressively enforced, existing hate crime laws are strengthened as needed, and new laws are enacted to ensure that all hate crimes are prosecutable in their jurisdictions to the greatest extent possible.

We are all for it in this law and will definitely support it. The world is such a small place for people to be in and living life with all these negativities is just too much to take. So let’s just be extra kinder to everyone around us and start making this world a better place to live in.

Tennessee Will Soon Have Their Breast Milk Bank in Nashville

Tennessee Will Soon Have Their Breast Milk Bank in Nashville

Veterans are Finding New Ways to Save the Country

Veterans are Finding New Ways to Save the Country

Check Out These Amy Grant Songs That Touched So Many Hearts

Check Out These Amy Grant Songs That Touched So Many Hearts

Amy Grant and Vince Gill: The Story of Love That Inspires

Amy Grant and Vince Gill: The Story of Love That Inspires