Dan + Shay Bags Another Win for the 2019 American Music Awards

Dan + Shay is winning awards left and right and they do not have a plan on stopping. This time, they win their first AMA awards for the best country duo/group beating their two peers, Florida Georgie Line and Old Dominion. They were able to beat last year’s winner, Florida Georgia Line.

This year was big for them as they also won their recent CMA Awards for the Best Duo, and they were able to beat all their peers in the same category. All year round, this duo has been nominated in all the award ceremonies and they won almost all the time.

The 2019 American Music Awards were presented on Sunday night, November 24. It was held at the Microsoft Theater in Los Angeles and hosted by AMA-nominated R&B artist Ciara, and broadcasted live on ABC. Country music has been a staple genre in the American culture and the awarding event never fails to include the artists who made a name for themselves. 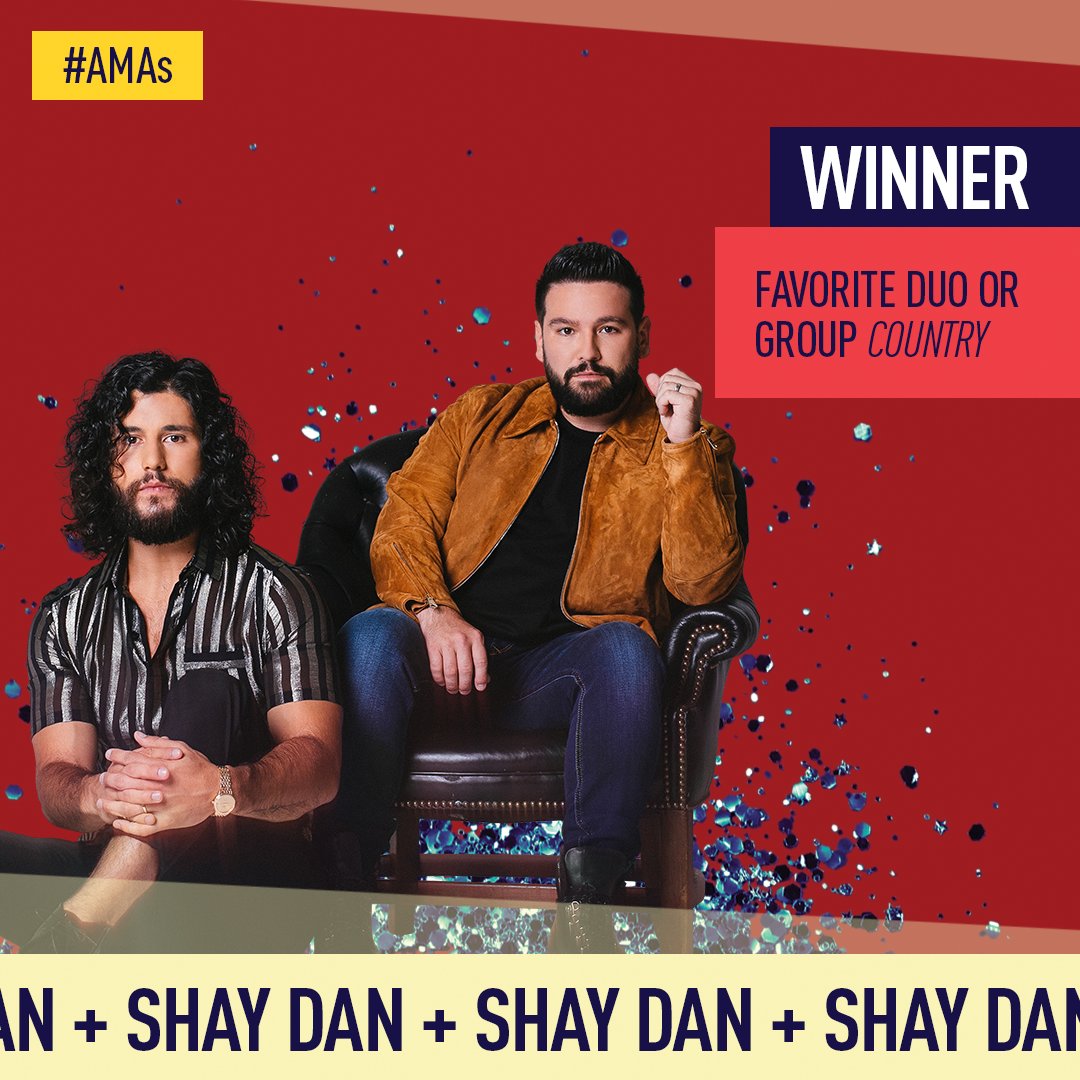 This is definitely the year for Dan + Shay, as they won awards from the Grammy’s, CMT, CMA, ACM, Teen Choice, and Billboard. They just have that magic in them that makes them win in almost all the categories that they are nominated for. This is also unprecedented as they are new to the country music industry.

This was the breakout year for the singer and they gained more audience with their recent collaboration with massive pop star Justin Bieber. Their hit song “10,000” hours featured the wives of the artists and it was a sweet gesture from the musicians. They have been steady with releasing hits one after the other and they have been touring around the country. It was a well-deserved win for Dan + Shay and we can’t wait to hear more music from them.